Bring on the Delegation!

It takes a village to raise a child and since I have no village (that is, extended family within three hundred miles) per se, there are certain things I’ve had to do to get creative. In the early days when we first arrived to Germany where I spent the first ten weeks without a car, friends or furniture with two children 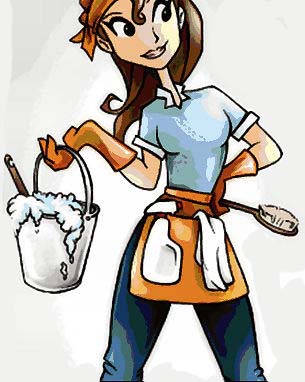 ages 3 and 1, I spent every moment I could leading or participating in a toddler’s playgroup above the firehouse. It was my saving grace because the kids got to play with toys for a few hours. And I got to see, well, people.

Then they went to preschool, then school and now high school. And in the interim I have gotten creative about delegating certain family care chores because that village is still needed, especially now.

After months of delibration, consideration and desperation, I finally hired a cleaning lady. And although she has yet to clean a single thing, I like her already. During her interview, she was unphased by my teen’s, shall we say, behavior? She gave me a hug and said, “I know. Mine’s five and it’s the same.”

As I showed her about the house, we engaged in some small talk. Suddenly we looked at each other and said, “You look awfully familiar.” It turns out she waitresses at a local place where I went for the first time recently. Who know that the extension of my village was so near?

So you see, dear friends, sometimes help is closer than you think. Reach out and touch someone today. It takes a village to raise a child.

It takes a village to live.