What are we allowed to feel?

To say that times are turbulent is a tad understated. A tsunami of emotions has arisen from the years-long pandemic, stultifying our customary speed-laced rhythm and efficiency into a scramble to reorient ourselves through digital replacements. Just in the moment we thought we might breathe a little easier, the war in Ukraine started. It is not the first war on European soil since World War II, although some people are saying that. The former Yugoslavia was war-tattered for years. Other armed conflicts such as the war in Chechnya, led by your host Putin, is another example. Ukraine is the first democratic nation on European soil to be under attack. And that feels different. It feels as though our very way of life has been assaulted, put into question, slaughtered while we weren’t looking. And why weren’t we looking? It appears smugness and naïvité got the better of us. As minute-by-minute reports flow through broadcasts and streaming services, we may wish to ask ourselves: what are we allowed to feel?

Sadness. That one man can cause so much damage, fueled by fear of losing power and influence.

Gratitude. That the democracies of the world are uniting and showing unprecedented support for Ukrainian refugees and those still trapped in their country. Even Switzerland, the bastion of post-WW II neutrality, stepped up to support EU sanctions, including eliminating Russia’s access to the world banking system through SWIFT. McDonald’s and Starbucks, symbols of American capitalism, have shuttered their stores in Russia too.

Anger. That refugees from other countries have not, in the past, been welcomed with the same deep embrace. Administrative hurdles were locked in place to prevent ease of passage. Was it because of the color of their passport or the color of their skin? 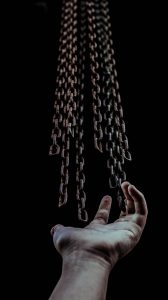 Fear. That one man could truly ruin the world. My childhood was shaped by Cold War rhetoric. It’s a hard feeling to shake at the age of 12 that we could all melt in a nuclear cloud at any minute unless the “balance of powers” were aligned.

Hope. That economic sanctions will throttle the ruble into rubble, thereby stopping any further violence and madness from happening.

Compassion. For all people, both in Ukraine and Russia, caught in the middle of a deep, bloody mess.

Defiance. That one man’s will is ravaging a nation simply because he can.

Admiration. That courageous leaders such as Ukrainian President Zelensky and Kyiv mayor Klitschko are not letting bullies get away with it, at least not without a fight.

How can I save my little boy from Oppenheimer’s deadly toy?
There is no monopoly on common sense
On either side of the political fence
We share the same biology, regardless of ideology
Believe me when I say to you
I hope the Russians love their children too

Early in my career, I worked with Russians and Ukrainians in Chicago, organizing business training programs and seminars on democracy. I can assure you: the Russians do love their children. My guess is they are just as scared as we are.

Of all the feelings listed above, there are plenty more too. We get to feel shame or guilt for enjoying freedoms the Ukrainians currently cannot. We get to feel helpless and scared and all of those things. And we can do something else. We can take a stand for democratic beliefs. We can attend  demonstrations, sign petitions and show our support by giving to reputable charities. We can offer our assistance. We can show we care.

Because one day it could be us too.