When you just don’t know

It has been a week of #techfailure. We don’t realize how very dependent we are on our devices until they wheeze and cough, fall silent or retreat — solemnly and completely — into utter darkness.

For the past six weeks I have ignored the signs. You know what I mean. The slick slide-from-the-right notification telling you back-ups aren’t happening. Or the app that won’t load because you aren’t on the right side of history. Or haven’t updated your software since H.W. took his second oath to the Office of the Presidency. Because you were paying attention to other minor things like raising children or writing books or trying to figure out how to make a living in a foreign world. 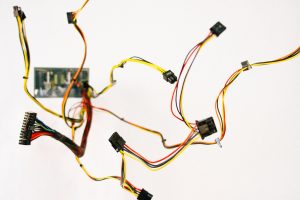 And so. Payback time raised its ultra-ugly head as I ushered my iMac to the computer doctor. Last week. Just for a 24-hour turnaround check-up check-in. A week later I somberly lay my flat screen monitor, buckled in like a ten-year-old, onto the back seat of the van. Only to discover no software had been updated as promised. A quick call to the Mac doc resulted in an intern creeping up the stairs an hour later. Ten minutes — and due to my uber-fast Internet connection – he was smiley “done”, as he happily reported – breathy and queasily — into his functioning iPhone to his boss.

And then the fun began.

New software acts like the mean girl at the prom, with an evil grin of “I-know-something-you-don”t” while the rest of us flail to figure out how to get ahead of the curve. Setting up email again meant password changes, tapping into reverse curves from the Universe in hopes to catch a glance at the instruction manual of intuition that would help me synchronize phone, laptop and iMac. And the memory of the pearly grin from that intern who seemed to hold the key to it all, but was too rushed to offer THE ANSWER to end my hours-long woes.

I am left to cobble together a compendium of connections as I travel mid-week for a swift trip to Stuttgart. Here’s to hoping there’s a hot spot somewhere between here and there. And whoever needs me will be left to wait in the full glory that is the power of slow.